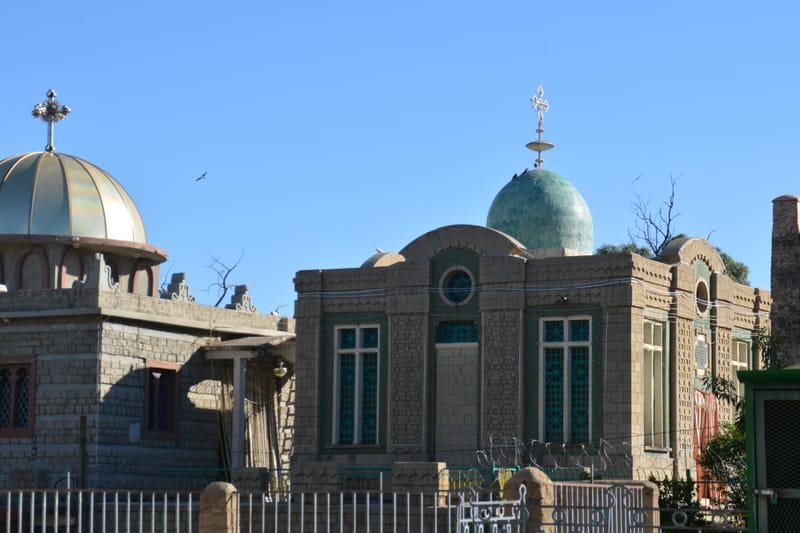 Visiting Axum could be equated with reading the first and essential chapter of Ethiopian history. It was here that around 1000 B.C. the Queen of Sheba reigned, the great Axumite Civilization emerged and the seed to Christianity in Ethiopia was laid.

Visiting Axum could be equated with reading the first and essential chapter of Ethiopian history. It was here that around 1000 B.C. the Queen of Sheba reigned, the great Axumite Civilization emerged and the seed to Christianity in Ethiopia was laid.

Traveling to Axum brings one closer to the cradle of Ethiopian civilization and to the Queen of Sheba. It was in Axum after returning from a trip to Israel that the Queen of Sheba delivered a son who was to be the founder of a dynasty named after his father, Solomon. His descendants were to rule the country until the last quarter of the 20th century. Axum did not only get Minilik, the son of Solomon, but also precious treasures such as the Ark of the Covenant which was brought to Ethiopia by Minilik himself and is preserved there to this day.  Of the remains from the Queen of Sheba era, Axum houses not only the palace of this adventurous queen but also her swimming pool which three millennia later still serves as a water reservoir.

Axum was the center of a great empire which flourished from the first to the seventh centuries AD. The Axumite Empire’s greatness was manifested in its territorial vastness which stretched all the way to the present day’s South Arabia and Sudan, in its long tradition of coinage and above all in its funerary monuments and stelae. The tombs and the renowned stelae enable one to visualize how organized and well run the Axumite Empire was. Knowing that the largest stela at Axum measures 33 meters and weighs 500 tons, a weight which no single crane in the world today can lift, raises the mind boggling thought of how the Axumites managed to transport it and construct the stelae.

Axum is the cradle of Christianity in Ethiopia and is still regarded as the holiest city in the country. Having embraced Christianity in place of the old pre-Christian religion in the middle of the 4thcentury, King Ezana invested his energy and resources in erecting the first church in Sub-Saharan Africa.